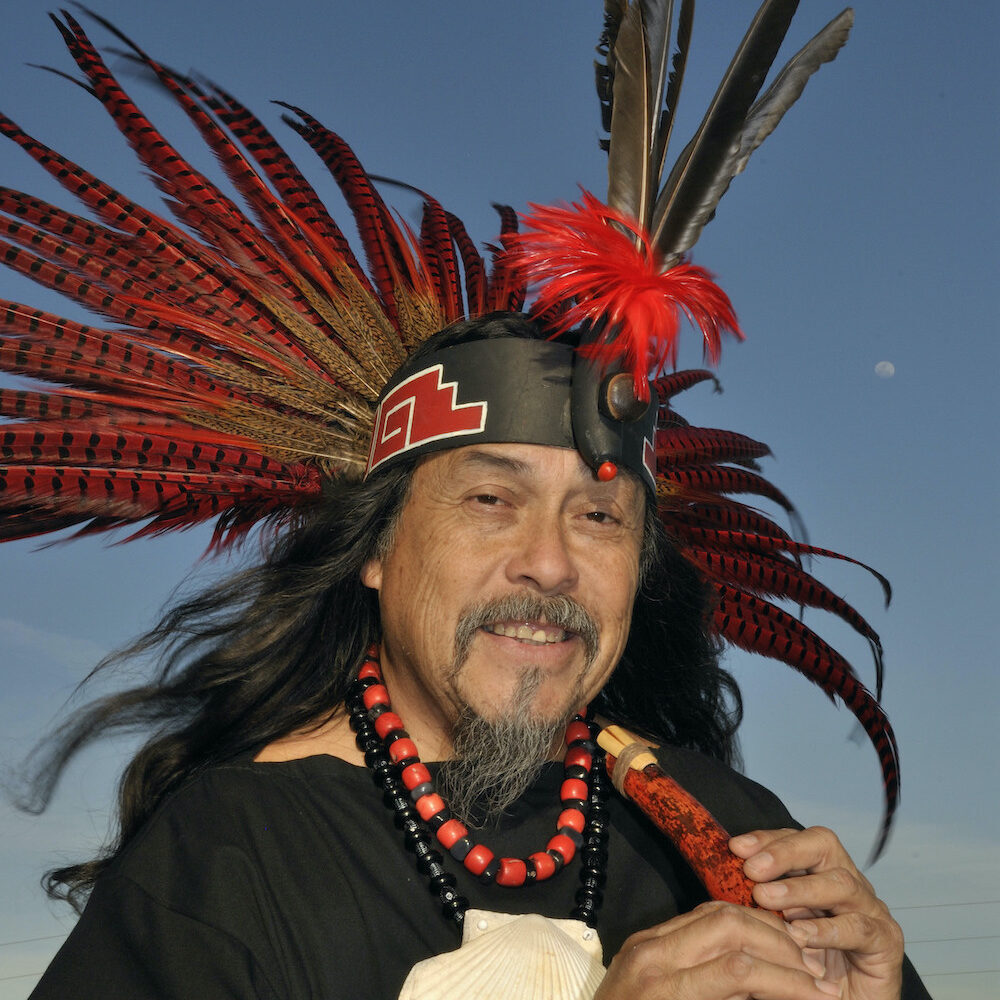 45 years of Indigenous Mexican Music (Maya, Aztec, Mixtec, etc) scholarly research since 1975, he began his music career at age 11. He has been a performing musician/cultural educator for 53 years and a meditator. Since the early 80’s he has used his ancestral instruments as a “Soundworker” to benefit the well-being of others!

A world class performer and cultural educator, he has performed in festivals, commercials, motion pictures, videos, theatre, radio and during this Covid time, many online solo performances, virtual festivals, lessons, university lectures, composing and filling orders for building instruments. Prior to the epidemic, Martin constantly presented his Interactive Performances, Workshops in libraries, schools, colleges, museums and festivals. His strong experience had him performing and educating for all ages, preschool, adults, seniors, the deaf community and special education! He is well known as a pioneer of Interactive Performance, where he brings a huge collection of native percussion instruments and shares them with his audiences of all ages! He also motivates his audiences to sing songs in Nahuatl, Maya and more!

His programs follow California State Visual and Performing Arts Standards but he had created his programs way back in the 80’s before the standards existed!

As a “Soundworker”, Martin began by learning to meditate at age 11. Since the 1980’s he has presented what he calls “Soundwork”. He promotes not only “healing” music, but “proactive” music, using his ancestral microtonal instruments to journey with. These exotic ancestral instruments have wonderous positive effects on people and their well being. Now that he has been studying neuroscience, it explained the reactions he saw over the years in his performances and workshops. He incorporates the science that he’s learned to make his presentations and ceremonies, even more effective!

As a cultural musician and educator, he encourages people to learn about their “cultural identity” to appreciate that we are all in the same boat, we are all native and we can make a better more loving world by gaining this awareness!