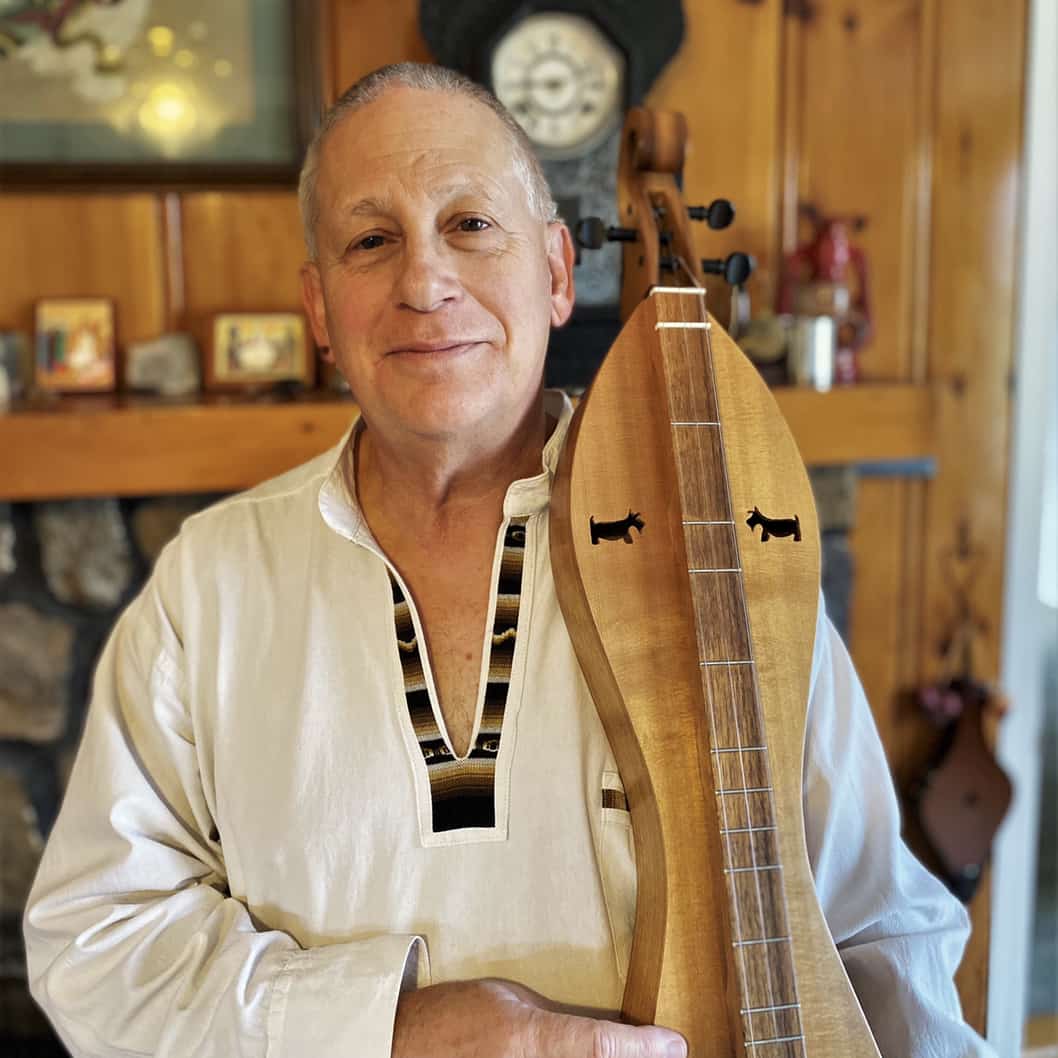 Jonah Talbott is a player of the Appalachian Mountain Dulcimer. He bought his first dulcimer at the Kutztown Folk Festival in 1985. The vendor said that anyone could play the instrument, you just had to know how to count. Having mastered that skill, Jonah had the vendor teach him a song and he fell in love with the instrument. After several years of playing in his room, Jonah met some people from the Pocono Dulcimer Club and started going to their meetings. It was here that he learned the joys of playing traditional Old Time Folk Music. The body of music is onewhich has been passed down from one player to the next, whether theywere fiddle players, banjo players, dulcimer players, etc. The players were often people who had little or no formal musical training. Jonah’s playing has been influenced by the people he has had the pleasure of playing with for many years, as well as the professional players he has admired over the years. Jonah has played frequently with the Pocono Dulcimer Club at the Quiet Valley Historical Farm as well as giving concerts in some small local venues. He volunteers at a local hospital where he plays for patients, staff, and anyone who stops to listen. In addition to playing, Jonah has written a few tunes and he has begun to learn the craft of building mountain dulcimers. Jonah believes finding that first dulcimer was one of the greatest blessings he has received in life.