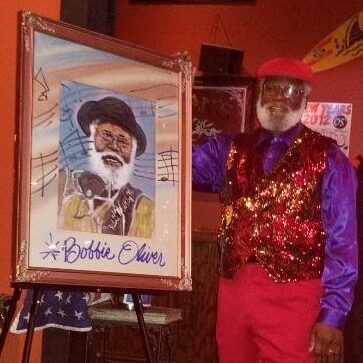 International Blues Artist, born in Atlanta, Texas in 1939. A self taught musician playing both harmonica and guitar simultaneously. Bobbie began his career in music by performing his first band (Oliver’s “Trio in Chicago, Illinois) Circa 1960 to the 1970’s. He has toured Europe for two consecutive years—2012 and 2013. He has been a part of numerous blues festivals including the T-Bone Walker Blues Fest beginning in 2006 through 2010. Bobbie also participated in the Los Wanda Blues Festival in Poland in 2012 and 2013 while touring Europe.