Joanna Hu has been cooking under the tutelage of her mother and father ever since childhood. When she became an international student, she deeply missed the traditional foods she had grown up with, so she began to explore a love for the culinary arts. Many years of expert Chinese cooking, Joanna is so happy to be sharing her personal recipes from her family heritage here in Holidayopolis! 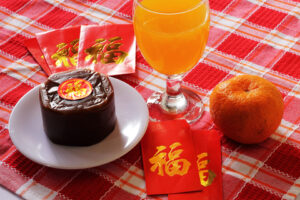 Meaning “an increase in Prosperity” is steamed whole with the flesh cooked at the bone and never dry. A sauce of ginger, soy sauce, rice wine and cilantro is used on top, then doused with hot oil to release the flavor into the flesh of the fish.

Dumplings are traditional for family reunion, as most families spend New Year’s Eve together preparing them before eating them at midnight. They also represent prosperity because their shape looks similare to ancient Chinese money. Sometimes a gold coin is put inside of one of the dumplings for a lucky guest to find! 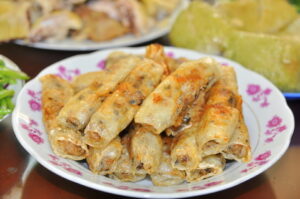 Why are they called spring rolls? Because so often they are eaten to welcome the arrival of spring! The golden cylindrical-shaped rolls represent gold bars, symbolizing wealth! 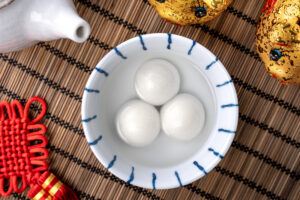 Tangyuan is often eaten together with family to signify family togetherness.
They are usually consumed during the Lantern Festival which is the fourteenth and last day of the spring festival. These
glutinous rice balls can be filled with other ingredients such as black sesame or red bean paste, and they are served in a bowl of sugary soup! 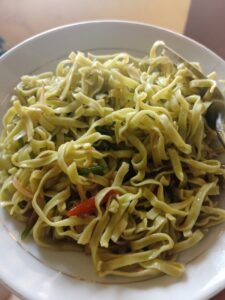 Did you know that the Chinese words for “orange” and “tangerine” very closely resemble the words for “luck” and “wealth”? Oranges are very special at this time of year and good for you all year round! 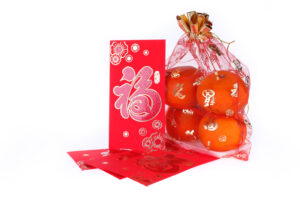