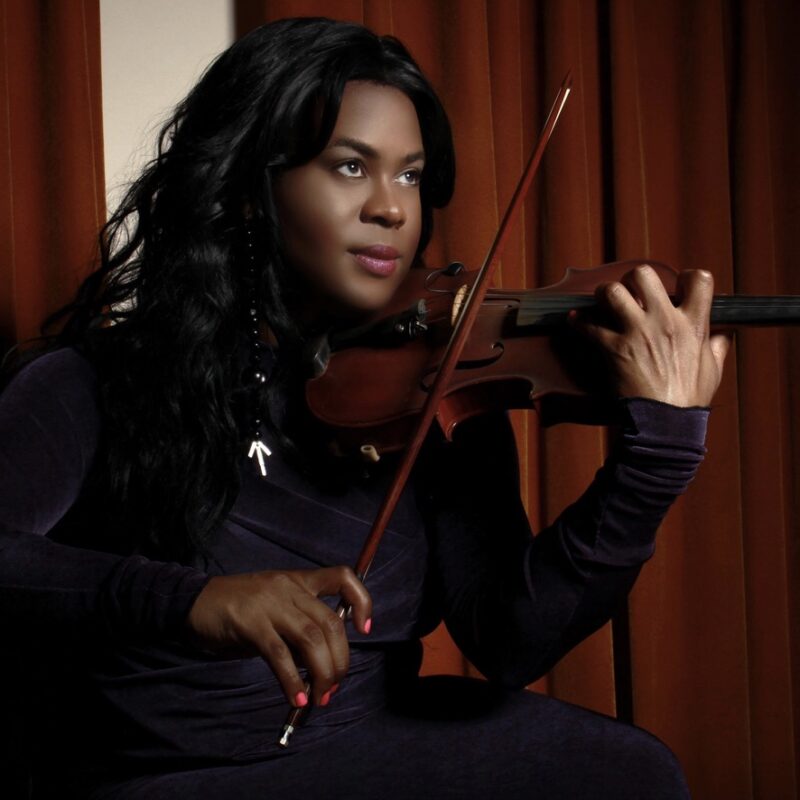 Vocalist and violinist Tona Brown has an international career as a violinist, mezzo soprano and has performed throughout the United States, Canada and Europe. Ms. Brown is also an advocate for transgender issues and the arts and speaks and performs for major events as a representative on the speakers bureau for the It Get’s Better Campaign. She has been heard on such shows as “Now What with Kevin E. Taylor”, Siriux XM’s “Seth’s Big Fat Broadway”, Radio Show, WHRO’s “Hear Say with Cathy Lewis”, WEAA 88.9 Fm’s Marc Steiner and Anthony McCarthy Show and sang the Na3onal Anthem at the Department of Veteran Affairs “2nd Annual LGBT Pride Month Commemora3on Ceremony”. Tona was also chosen to sing the National Anthem at the LGBT Leadership Gala Dinner for President Barack Obama at the Sheraton in NYC. Tona Brown is also first African American woman to perform at Carnegie Hall during NYC Pride Month June 2014. In addition, Tona focuses on trans issues with her own online TV series, Conversations With Tona Brown.

Ms. Brown was formally educated at the Shenandoah Conservatory of Music studying violin performance with minors in viola, piano and voice. She also attended the Governor’s School for the Arts a prestigious art high school program for gibed and talented students.

Tona performed in the role of La Zia Principessa in the Puccini opera Suor Angelica, and her rich, full voice captivates audiences the world over. She also accompanied chart-topping R&B artist Nhojj on his new album, Made To Love Him, and performed the score of the Off-Broadway stage play Cybersex in a February 2014 showcase engagement in New York City. Tona’s talents have evolved to include acting, and she’s been cast as Delia, a major character in the upcoming, new Neflix series City Lightz. Discover more about this exquisitely gibed artist at www.tonabrown.com