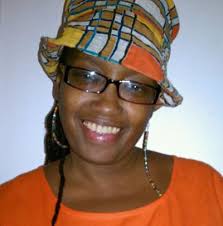 MAITEFA ANGAZA is an author, journalist, editor, public relations writer, producer and filmmaker. Her nonfiction book, Kwanzaa: From Holiday to Every Day (Dafina Books 2007) was reissued in September, 2019. Maitefa’s general news reporting, investigative pieces, features, profiles, arts reviews, book reviews, and other writing on a range of subjects have been published in Essence magazine, Black Issues Book Review, The Network Journal, The New York Amsterdam News and other publications. Maitefa was executive editor of The City Sun newspaper and managing editor of African Voices magazine . Her news and feature articles appear regularly in Our Time Press newspaper, Nu Origins magazine, and other print and online publications. She is co-producer of the documentary In Our Heads About Our Hair , which has screened at festivals, in movie theaters, at universities across the nation and at venues outside of the U.S. She was also a producer of the groundbreaking Heads Up! A Soulful Celebration of Our HAIRitage, as well as other public events. She lives with her family in Brooklyn, New York, where she was born and raised.