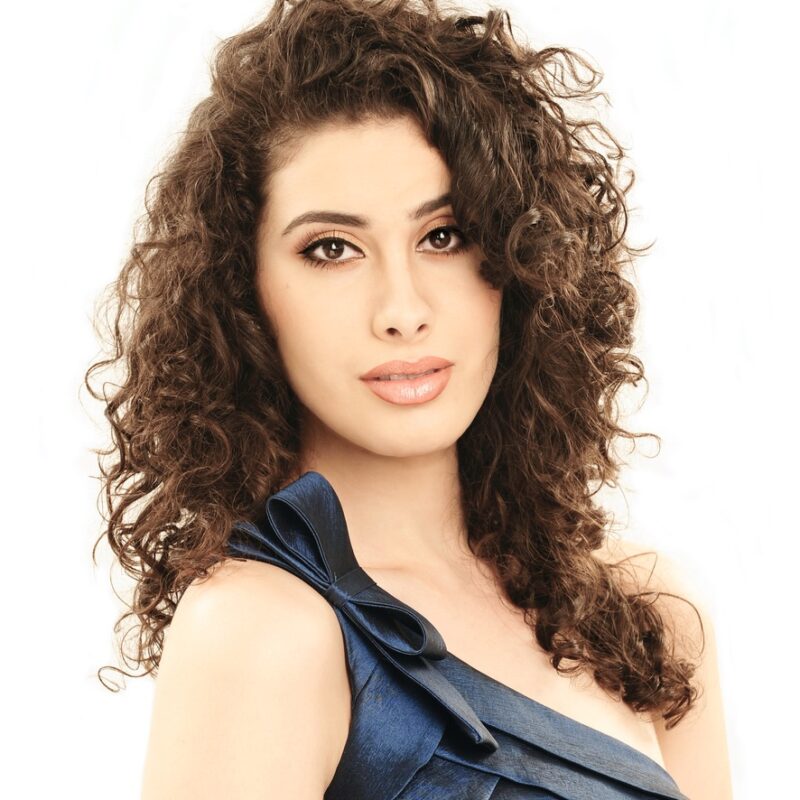 Praised for her “lustrous soprano voice”, Cuban-born soprano Evelyn Saavedra is quickly establishing herself as a “gifted young singer to watch” (South Florida Classical Review). Recent roles include Rosalba in Florencia en el Amazonas with Pensacola Opera, Contessa Almaviva in LeNozzediFigaro with Miami Summer Music Festival, and Mother in Michael Ching’s world premiere of Birthday Clown with Savannah Voice Festival where she was also seen and featured in several concerts and recitals.

In the 2017-2018 season, she returned to Pensacola Opera for her second season in the Artist in Residence Program. Here, she performed the roles of Maria in Maria de Buenos Aires, Kate Pinkerton in Madama Butterfly, Antonia in Man of La Mancha, Young Alyce in Glory Denied, Sacerdotessa in Aïda and Sister Catherine in the Florida premiere of Jake Heggie’s DeadMan Walking, where she also covered the role of Kitty Hart. Other operatic credits include Susanna in Le Nozze di Figaro, Rose in Street Scene, The Governess in The Turn of the Screw, Featured Dater in the world premiere of Michael Ching’s Speed Dating Tonight, and the title role in Agrippina, where she was praised for “coloring her vocalism expressively… she dominated every scene, singing with striking dramatic heft and passion”(South Florida Classical Review)

In 2016 she returned to the Janiec Opera Company at the Brevard Music Center to perform the female title role of Epiphany Proudfoot in the world premiere of Falling Angel, an opera by J. Mark Scearce, where she was lauded for her “alluring soprano who brought sensitivity to Epiphany” (Wall Street Journal).

On the concert stage she has been seen with the Pensacola Symphony Orchestra as a soloist in their Mozart Madness Concert and as a recitalist and soloist with The Choral Society of Pensacola singing in Mozart’s Coronation Mass and Handel’s Messiah. Other concert appearances include her feature as the soprano soloist in Vaughan Williams’ Serenade to Music and Symphony No. 3 with the Brevard Music Center Orchestra.

Most notably Ms. Saavedra was chosen as a finalist in the 2020 Verónica Villarroel International Singing Festival 2020 hosted in Chile, traveled to Poland as one of 25 participants invited to compete in the 2018 Karol Szymanowski International Music Competition organized by the Polish National Radio Symphony Orchestra and was the recipient of an Encouragement Award in the Metropolitan Opera National Council Auditions-Florida District.