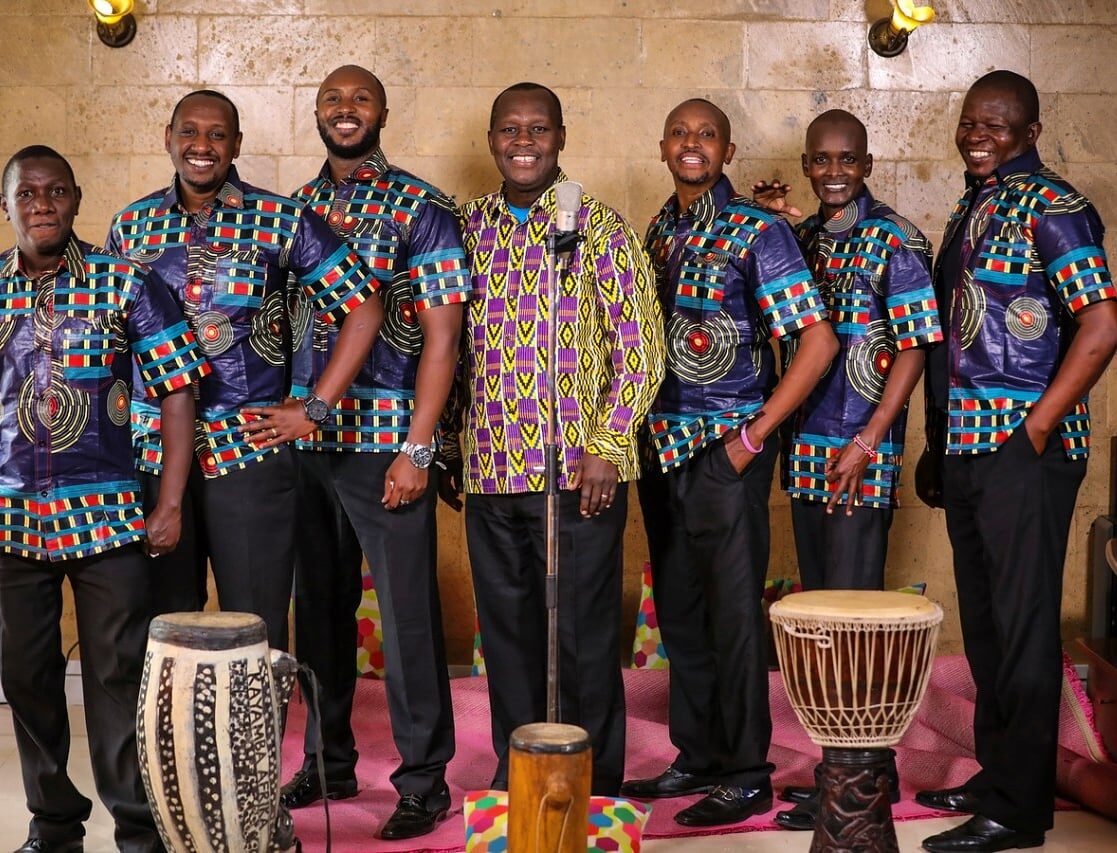 Kayamba Africa will perform traditional songs a capella from East and Central Africa in honor of Madaraka Day, the day Kenya gained self-rule. Live from Kenya! Not to be missed! What time is the concert in MY TIME ZONE?

In their twelve years together, Kayamba Africa has established itself not only as the most in-demand vocal group in the Kenya, but also as one of the most successful independent acts in Africa. In addition to substantial CD sales of its own independent releases (50,000copies sold and counting), the group has toured extensively throughout the Kenya and abroad, building their financial base with a steady list of festivals and private shows that eventually led to sold-out tours of theaters halls and small arenas.

Together the sextet reached national prominence with appearances on KBC and in Drum Magazine. They shared the stage with a number of recognizable performers including Papa Wemba, Koffi Olomide, among others, From the group’s onset, the members, with a small team of driven supporters, have overseen and operated the business of Kayamba Africa, growing a small business of a few thousand shillings into what is today a limited liability company.

The group had to overcome a number of obstacles, including an unspoken apprehension to a cappella acts by individuals in the music industry and having a name that was anything but catchy (A reed instrument) and constant infighting for leadership and musical directions leading in some members leaving. Still, the group persevered, recording and manufacturing its own records and selling them to a growing legion of fans through the live shows and in shops, in the lobby of the theaters where they performed, and through a growing national distribution. One could say they gained their current consumer popularity the old-fashioned way; they earned it.

At present, Kayamba Africa just released their forth album, entitled “Dhahabu” on the heels of their previous projects (Kayamba Africa Vol 1 [DVD], Simba, Sherehe, Kayamba Africa. The recordings contain indelible voices and percussion and instrumentation. This outstanding blend has resulted in multiple Contemporary traditional music, Kora Awards nominations, considerable national press, and has landed their music on every continent.